A tribute to Merle Hodges: friend and fourth President of IEASA 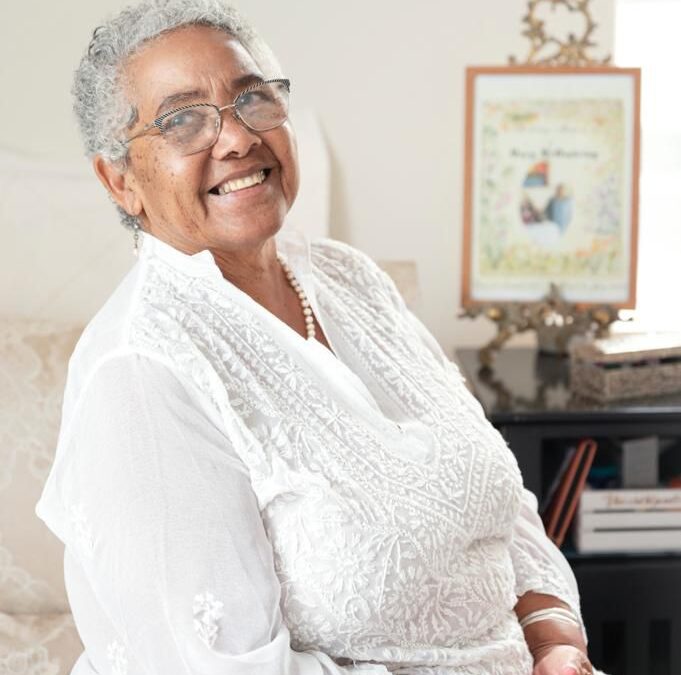 By Leolyn Jackson and Nico Jooste on behalf of the African Centre for Higher Education Internationalisation.

Maya Angelou’s first and last stanza of “When great trees fall” succinctly captures our emotions when we got the news of the passing of a Colleague, Teacher, Scientist, Friend, Comrade, Mother to many, Internationalisation Ambassador, an Angel – a blessing to so many:

“When great trees fall, rocks on distant hills shudder, lions hunker down in tall grasses, and even elephants lumber after safety.

And when great souls die, peace blooms slowly and always irregular after a period. Spaces fill with a kind of soothing electric vibration. Our senses, restored, never to be the same, whisper to us. They existed, they existed. We can be. Be and be better. For they existed.”

When a great internationalist passes on, the world takes note and reflects. It is with sadness, but also with a sense of privilege that we write this tribute to our dear friend and fellow internationalist.

We came to know Merle Hodges as a free-spirited Woman. A Woman with a loving personality. A woman who cared. A Woman who helped young and older adults unearth their potential and achieve. A Woman who was highly appreciated as a Science teacher and a Senior International Officer. A Woman who willingly shared her local and international networks for the sake of the bigger picture.

She was a true Leader who shared her excellence with whoever wanted it and allowed others not to follow, but be leaders in their own right. She is best described by using her own metaphor:

“In Douglas Adams’ Hitchhiker’s Guide to the Galaxy, a small fish is placed into an individual’s ear, allowing the fish to translate any language into the individual’s mother tongue. It is called a Babel Fish. Within the context of the novel, it is a convenient ploy that bypasses the usual problems of inter-galactic communication. In this scenario, everyone understands everyone else.”

She was a well-respected colleague within the South Africa Internationalisation of Higher Education- and the global International Education fraternity and could capture local and global audiences with her intellect and personality.

“IEASA is no longer only about the 60 000 students who migrate to our shores annually. It’s about what they learn and the diverse experiences that change them for life and will inevitably bring them to a different understanding of the world that we, collectively, are presently fashioning. “

Merle’s deep understanding of South Africa’s unique role in global higher education is best illustrated when she, as president of IEASA, without hesitation agreed that “we should challenge the world to do a re-think of higher education internationalisation in South Africa”. She subsequently agreed that IEASA should host the 2014 Global Dialogue on the Future of Higher Education Internationalisation.

Merle lived for the moment. She approached life as if there was “no tomorrow”. She always had a positive presence, and it rubbed off quickly. To so aptly quote Derrick Marco, a theologian: “she was a Star that offered light to those seeking direction. A laugh that was so pervasive and a vibrancy that had young folk tripling to keep up with her. She was shrewdly wise, a pearl of wisdom that captivated and all-embracing”.

As friends, colleagues and fellow internationalists that served under her Presidency and with her began to change the South African higher education landscape, we can only say – we will miss you, but we will celebrate your legacy.

“[She] existed, [She] existed. We can be. Be and be better. For [she] existed” – rest well dear Merle, your spirit will live on.